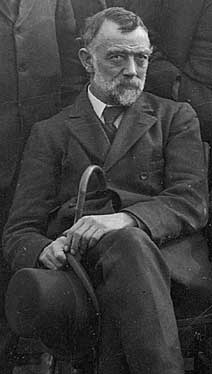 G.W. Lamplugh produced some of the most important geological research on the Isle of Man. Working between 1892 and 1897, he made the first official geological map of the Island and the accuracy of his observations means that today’s geological maps still bear many resemblances to his seminal work. Over the five years he worked on the Isle of Man, Lamplugh meticulously covered every square mile of the Island. The maps that he produced in the field are kept at the British Geological Survey in Edinburgh but hand-painted ‘clean’ copies of his map sheets are also housed at the Manx Museum on the Isle of Man.

Lamplugh’s work has provided the focus of much of the investigation over the last 100 years. The research continues on the Isle of Man with several academic papers having been recently published (e.g. Burnett and Quirk), as well as a new British Geological Survey map and memoir. With each new study, new questions are being asked and although the rocks themselves are unlikely to change much over the next millennium our understanding of them certainly will.