The Manx Geological Survey recently took part in the Isle of Man Heritage Open Days events, run by Manx National Heritage.  The MGS ran a geological field tour at Niarbyl, Dalby. The rocks at Niarbyl represent one of the few places in the world where an ancient boundary between two tectonic plates is exposed. Here, the story of the destruction of the lapetus Ocean and the rise of the mighty Caledonian mountain belt can be told. Attendees were encouraged take part in activities, such as ‘Discover the Contact’ which involved identifying the location where two ancient continents collided over 400 million years ago! If you missed the free event this time round, be sure to book onto the day next year with Manx National Heritage. 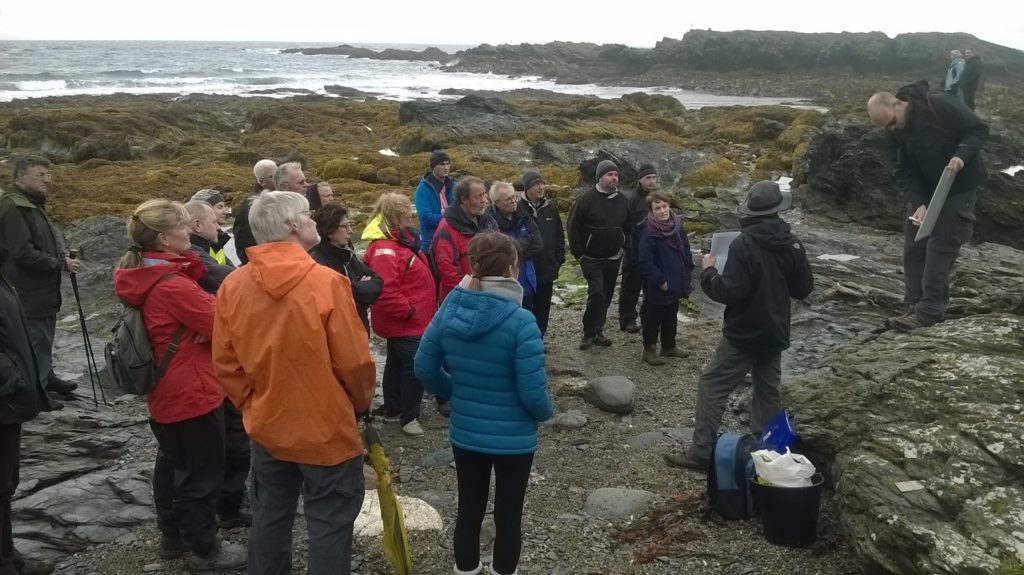 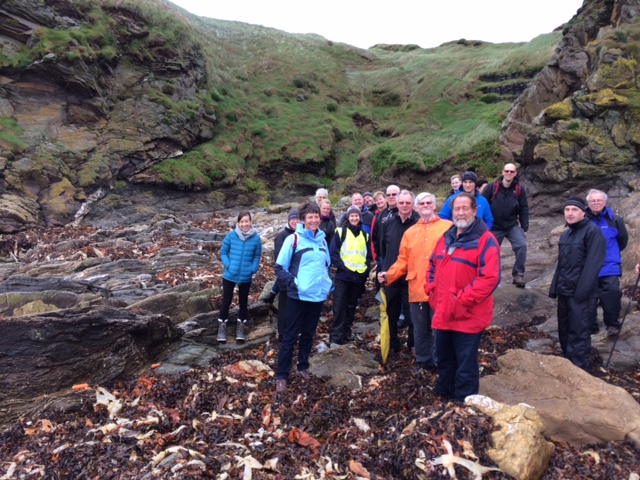 Members of the Manx Geological Survey have performed geological experiments for the young antiquarians of the Isle of Man Natural History and Antiquarian Society. The experiments were aimed at explaining geological phenomena such as plate tectonics, the development of faults, why the Isle of Man is an island and the eruption of volcanoes, using materials as diverse as beer and pudding!

We will be bringing you video clips of the experiments which will be added to the website.